I never wanted a dull life. I think I have succeeded. We have had some great adventures in 2015 and lots more anticipated for 2016 and ’17. 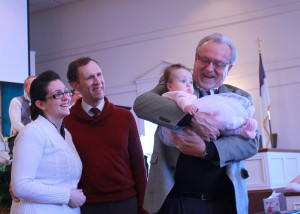 We have enjoyed all of Ellie’s stages of growth and development this year – from rolling over, crawling, walking, now to running and trying to talk. Her vocabulary is growing daily, and our understanding of her communication methods is growing daily too. She also enjoys brushing her teeth, sitting on the potty, climbing up and down the stairs. She has a natural inclination for music – she loves to bang on boxes or play the piano and make up her own songs.  Her first tooth made its appearance when she was about 10 months old, and she’s now sporting 8 whole chompers. 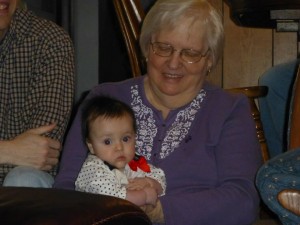 Ellie and her Grandmom in Maryland

This year began with a 2-day road-trip from Louisiana, where we spent last Christmas with my family, back to Michigan with a 4 month old baby. For MLK weekend, we headed out for another road-trip. This time to Maryland to see Joe’s family. 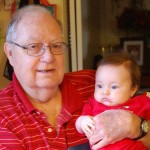 One of the major highlights of our year: In March we attended World Team’s week-long missionary candidate orientation and evaluation, and we were invited to join the organization (and Ellie learned to crawl that week)! We were given 5 fields, or locations, to possibly serve in, and God confirmed France repeatedly for us. Our next step was to visit France and meet the teams there for their final stamp of approval.

While we were in the planning (and waiting) stages of this Vision Trip, we received word that my grandfather was in the hospital. He passed away in June. The day before our flight (Ellie’s first flight!) to Louisiana for the funeral Joe received some unexpected news – Wayne County no longer had the funds to keep him on as project manager. 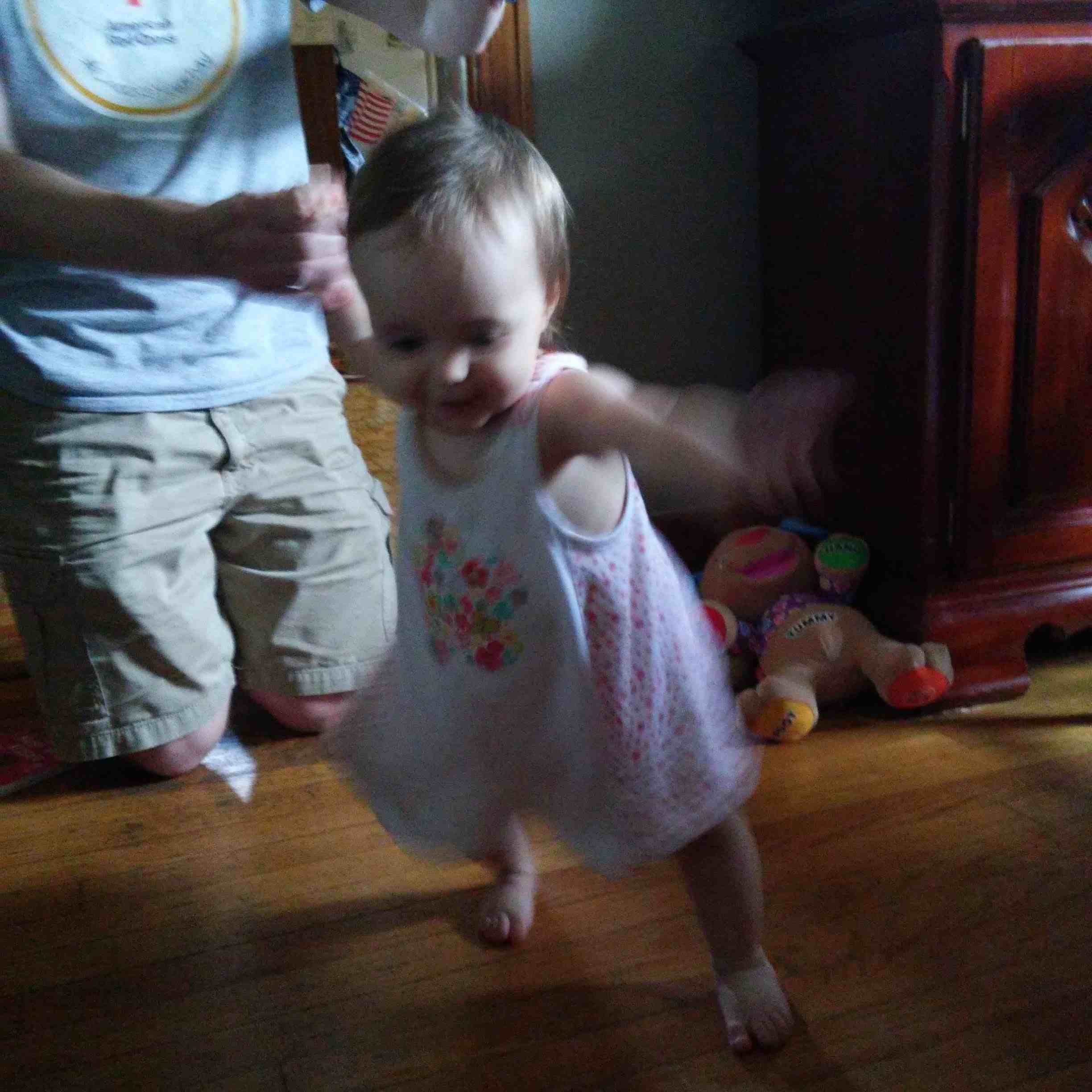 What a blow. The next three months were extremely hard on us. Despite the financial hardships, we were able to have a nice little first birthday party for Ellie in August, who had just learned to walk 2 weeks before. Though times were hard, we still didn’t let anything distract us from our goal of a Vision Trip to France. Thanks to our wonderful friends and family, we were able to raise 150% of support needed in approximately 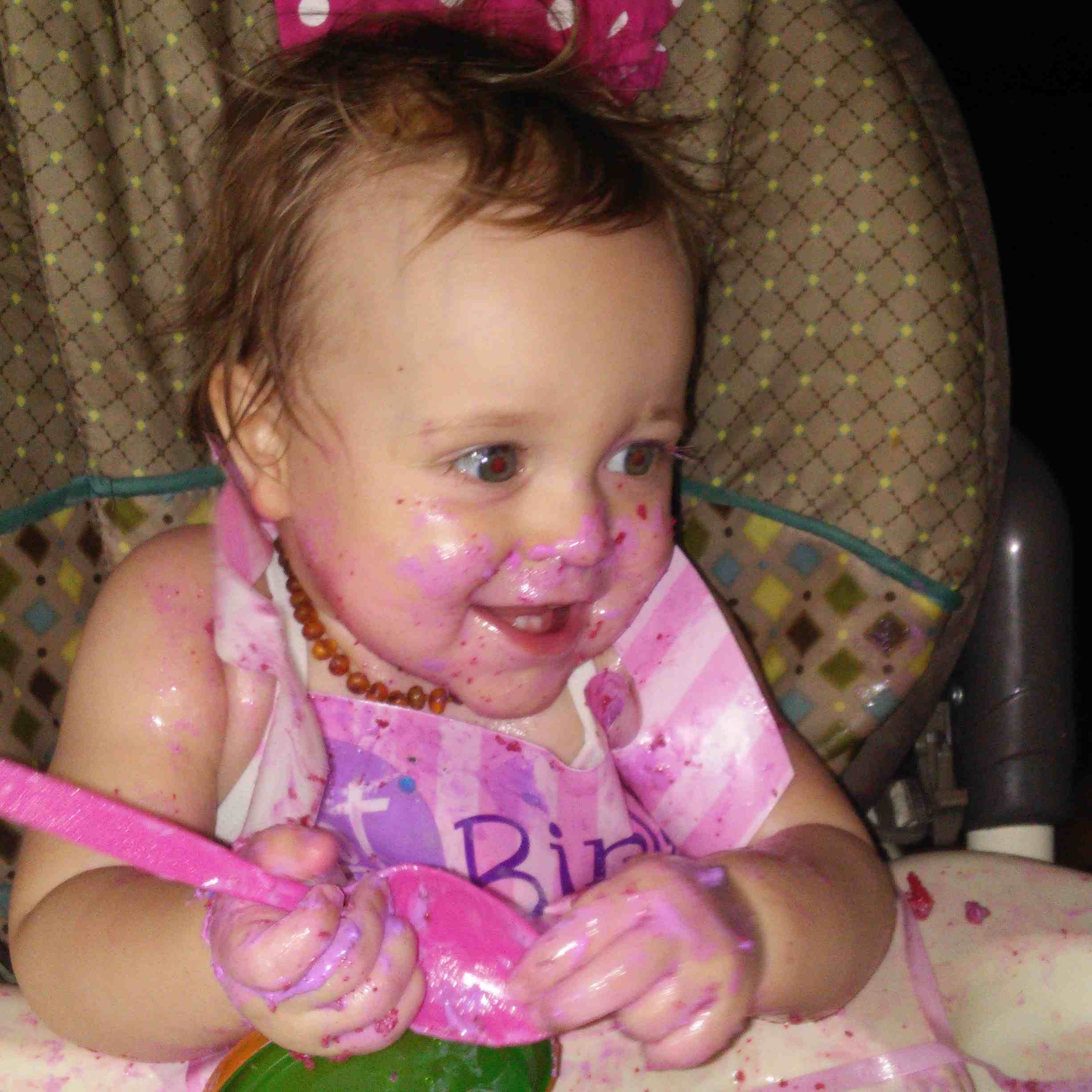 3-4 weeks! We spent a wonderful 10 days in the Paris area in September, and we loved it so much that no one wanted to come home. 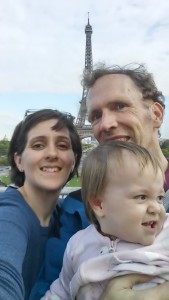 In front of the Eiffel Tower

The Tuesday after we returned home from France Joe started a new project with HP. He soon learned that the company was splitting and it just wasn’t a good work environment. A new, better offer was given from the State of Michigan – one where he could work mostly from home and better pay. He made the hard decision to leave his brand-new job at HP to work on contract for the State.

Things were going really well. Ellie and I loved having Joe work from home and even setup a little office space for him. We were finally able to start making some repairs on our house. And then – it happened again. The week before Thanksgiving, the State decided they didn’t have time to invest in his position and eliminated it. We were fortunate enough that they did give Joe a 2-weeks notice.

I was getting a little depressed about the unemployment (again) and Christmas coming. Then, what to our surprise, a Christmas miracle happened! Sunday after returning home from church, our doorbell rang. Hearing what sounded like small footsteps and not able to see the top of a head through the top door window, Joe assumed it was a neighborhood kid. When he opened the door, there sat a Christmas tree right in our door way! Our very own loving Christmas Angel brought joy in the form of a Christmas tree. I cried tears of joy and it will always warm my heart to know we are so loved! 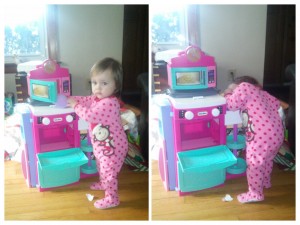 Ellie playing with her new kitchen, and drinking from its faucet. (I don’t know where she gets that from!)

Christmas is all about love and family: Love from the Father that came in the form of a baby, who came to redeem and reconcile us to the Father, so that we might be called His sons and daughters. We celebrated our wonderful Christmas day – our first time at our house. We were very pleased to share the afternoon with great, dear friends who have adopted us as family. One of the ways we express love at Christmas is with gifts, and Ellie loved her gifts! I also shared my great-grandmother’s French Toast (Pain Perdu, or Lost Bread, in French) – my childhood favorite breakfast!

We are praying that he gets a new project to start the new year! 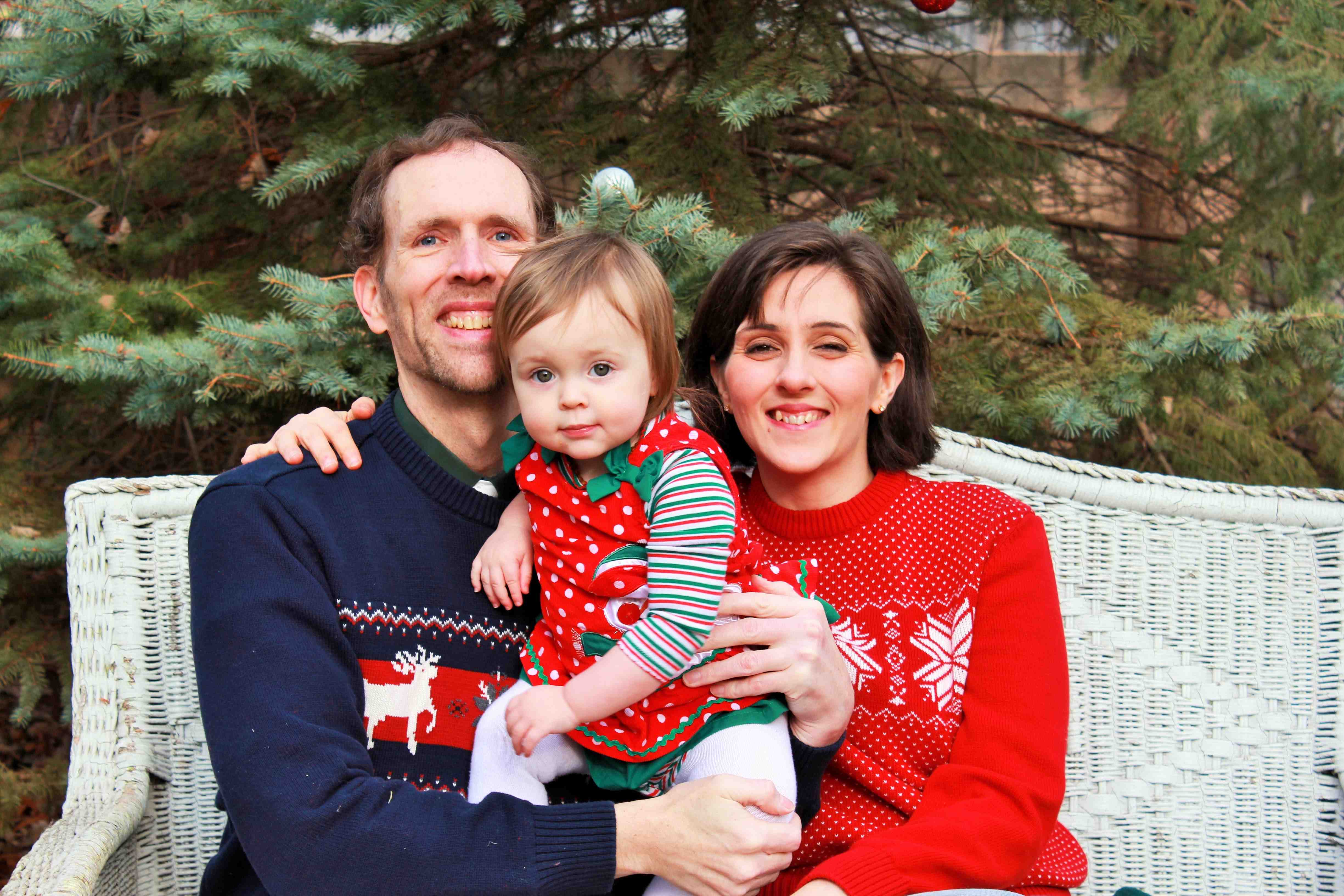 Merry Christmas from the Bindemans!

We have much planned and anticipated for 2016!

We are in full swing with our support raising to be full-time missionaries in France. (Look for our letter coming soon!) We are praying and hoping to be fully supported by the end of 2016/early 2017, so that we can move to France in Spring 2017. We also have classes and requirements to fulfill for World Team during this Partnership Development stage.

We have several home repair/updating projects to complete and prepping the house for sale. And then eliminating “stuff” to prep for overseas move. (I’m trying not to get overwhelmed by this one.)

We are hoping to visit our families in Louisiana and Maryland in the Spring and Summer. We would also like to take a trip to Chicago (will probably do this when we are ready to apply for our French visas at the Embassy there).

In addition, I am enrolled in a online creative writing class beginning in January. I need to complete my intensive genealogy research that I began years ago which can only been done on-site in Michigan – which will involve day-trips to the state capitol of Lansing and finding a babysitter for Ellie. My goal is to eventually write a book and movie about my great-great grandfather’s adventures during Prohibition and Depression era. I’ll have to share that story in another post.

We also plan to continue to grow in our physical and spiritual health. I began the Trim Healthy Mama way of eating in September, and will continue in 2016. We began exercising together occasionally this year, and want to do so regularly in 2016. We don’t watch much TV in our house – we much prefer to read together, and we have several Christian theological/missions books on our list that we’d love to read this year.

We are also praying about adding to our little family.

Please keep us in your prayers for this coming year. It will be a challenging one.

This site uses Akismet to reduce spam. Learn how your comment data is processed.