Paul, the Philippians, and Missionary Partnerships.

We like to refer to this process as “Partnership Development”, because those that come along side us – whether with finances, prayer, or encouragement – are truly partners with us in the Gospel. The best biblical example of missionary partnership is between Paul and the Philippian church. In Philippians chapters 1, 2, and 4 we see how the church supported him in prayer, encouragement, and financial giving respectively. In studying Paul’s missionary journeys, we learn that the Philippian church supported him for more than 10 years. 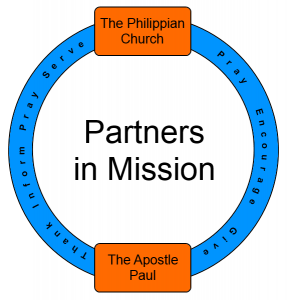 At the beginning of the letter to the Philippians, Paul refers to them as partners in the Gospel, and at the end of the letter, he shares,“you sent me aid more than once when I was in need. Not that I desire your gifts; what I desire is that more be credited to your account.“ (Phil. 4:16b-17)

The Philippian church supported Paul regularly, but more than desiring their physical or financial support, Paul desired more that their investment in the Gospel would be credited to their heavenly account. Paul is saying that the Philippians giving has more spiritual benefit for them eternally than for his needs in the present. This is just one small glimpse into their partnership relationship.

We, like Paul, have been called to a missionary journey. The Lord has called us to France to serve long-term (meaning: we don’t know when or if we will return to live in the U.S.). We also need partners in prayer, encouragement, and finances. The process of creating a team or partners is both encouraging and exciting at times as well as discouraging and disheartening at other times. People we haven’t talked to regularly or perhaps in many years only think we are asking, or sometimes begging, for donations. When in actuality, we are seeking to establish or re-establish a relationship – and one centered around the proclamation of the Gospel to the nations. (If you find yourself on a missionary’s mailing list or phone-call list and they ask you to support them, please pray about your response before responding. You never know why God brought your name to their mind when the missionary prayerfully compiled that list.)

In this process of developing partners for our missionary

In our current church culture, full-time missions are taken a sideline to short-term mission trips. Most people are no longer acquainted with the process of 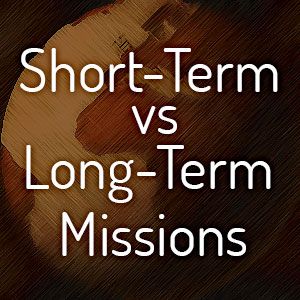 long-term missions, or how to support and encourage those missionaries. These 1-2 week or month mission trips are great and do a lot of good. It’s easier to raise one-time support and to schedule only a short time away from home, and then return to life-as-usual when the mission-tripper returns. On-going support and encouragement usually aren’t needed. It doesn’t typically take years to build a partnership team that will sustain years of ministry for these short-term trips. It probably doesn’t put significant strain on a marriage or family relationships. Because most American Christians now view missions in terms a trip over recent decades, we have had to put some emphasis on educating others on the process of long-term missions and the support raising or partnership development process.

We have been asked why we don’t seek more church partnerships (church as defined by an institution or organization or a non-profit status). In generations past, especially in denominational settings, missionaries were supported by churches and would travel around from church to church within their denomination to raise their needed support. While there are still a few churches and denominations that function this way, 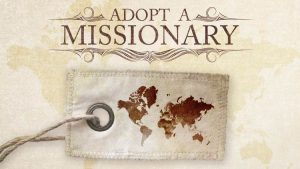 for the most part, things have changed. Missionaries are now supported by individuals and families who, for lack of a better word, ‘adopt’ them – that is, not only support financially, but also in prayer, encouragement, getting involved in the mission when able/if applicable. This is the example we see in Philippians. They adopted Paul and cared for him, and it was added to their heavenly storehouse.

In building a missionary support team, statistics show that 1 out of every 2 people who are personally invited (or asked) to give will join your team. As such,

50 new financial partners
will require 100 face-to-face appointments
and on average 300 phone calls to secure the appointments!

Due to the obstacles we’ve faced in our partnership development process, we have spent the last few months cold-contacting churches, even though this is proven to be the least effective method. We believe that when we are faithful to the task we’ve been given, God will bless our efforts. From such efforts [I contacted nearly 300 local churches with little response], we obtained one appointment. We, however, are still praying for and pursuing adding more individual partnerships.

We had a set an objective to be at 50% of our monthly financial goal by the middle of the year, so that we could be on schedule to be at 100% by the end of the year. These objectives were set for the process of planning to move overseas, planning our family with new baby on the way, and selling our house and household goods. 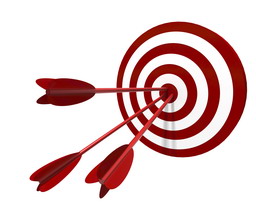 If you feel the Lord is calling you to partner with us monthly, giving may begin immediately or you can indicate on a response card or online form when you plan to start. If you choose to give monthly, we encourage you to begin immediately because all gifts given before our departure date will go towards our start-up expenses. You can give online with a credit card at https://us.worldteam.org/give/index and put in our name in the Worker field, or an envelope and response card can be provided to you if you wish to give through any other monetary form.

Thus, as outlined in Philippians, by supporting mission workers who spread abroad the Good News of God’s kingdom, we invest in the Gospel and lay up treasures in heaven. We know that God will meet the needs of His work in His timing. God in His wonderful Sovereignty has decided to use us as hands and feet in meeting some of these needs. We thank you for being a Philippian!

This site uses Akismet to reduce spam. Learn how your comment data is processed.